In the tracery section of windows sII and sIII there are important remains of 15th century stained glass.  They contain angel figures holding shields that depict the instruments of Christ’s Passion, a portrait, probably of King Edward IV, and the sun emblem of the House of York. These panels were sympathetically restored and reset in the 19th century by Clayton and Bell, a well-known company of stained glass makers, during a major rebuilding campaign at the church.  HWG were tasked with carrying out repairs to the medieval remains, and installing discrete protective glazing, as well as various small in-situ  “stop-in” repairs around the church. 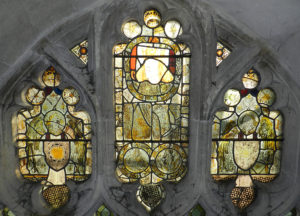 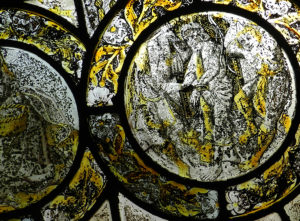 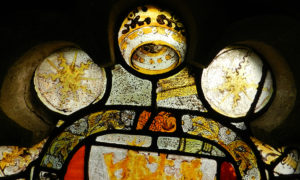