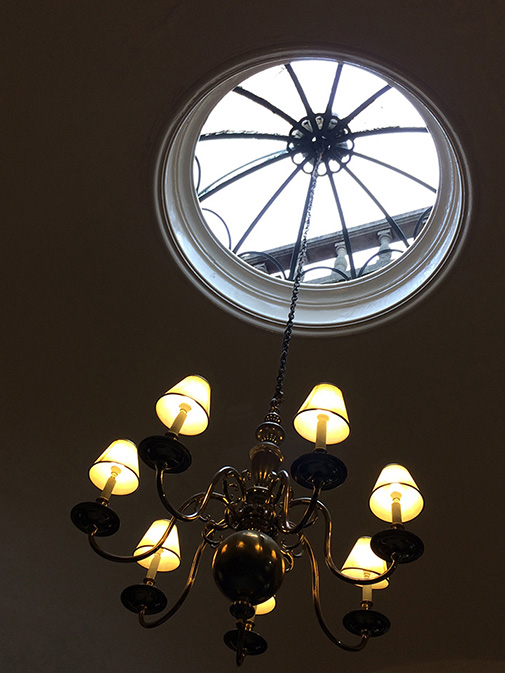 Built in 1929 by Sir Herbert Baker as a memorial to Cecil Rhodes, Rhodes House is part of the University of Oxford.  Cecil Rhodes, who founded the South African territory of Rhodesia (now Zimbabwe and Zambia), was an alumnus and major benefactor to the University.  The fabric of Rhodes House is of the very highest quality, and this small roof dome is very nicely constructed and detailed. There is a timber drum on which the supporting framework for the glazing is set, which is formed from bronze. The glazed sections are formed of twelve sections of heat curved double rolled textured glass.  Most of the twelve glass sections were broken, some having multiple cracks and misaligned glass, it was necessary to renew all sections.  Once on site the external lead flashings to the ribs of the dome were carefully lifted to allow removal of the damaged glass sections, and set aside for re-instatement. Each individual segment was individually templated to ascertain the correct size and curvature.  The two layers were sent away to specialists to be bent to shape in the kiln, and then laminated. Site templates needed to be accurate, for once the glass was laminated the shape and size could not be adjusted. 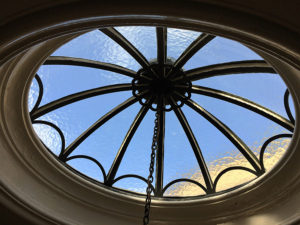 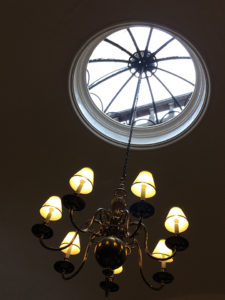