Edge-bond repairs to the iconic clock face on the shop façade.

High above the entrance to Selfridges’ Oxford Street store stands an 11 foot statue of the Queen of Time, standing on the prow of the Ship of Commerce, and attended by nymphs.  Above her are the twin dials of the clock, with a small ship atop. Designed by Gilbert Bayes, who was very popular at the time and part of the New Sculpture movement, it was unveiled in 1931 to mark the 21st birthday of the Selfridges store.  As part of a major overhaul and refurbishment of the store, and consequently the clock, Holy Well Glass were commissioned to repair part of the glass dial section.  There were some cracks in the glass face, apparently caused by scaffolders.  Cleverly constructed from a double skinned glass dome with millions of tiny cast beads between, the clock face is skilfully graded to look like flames when backlit. 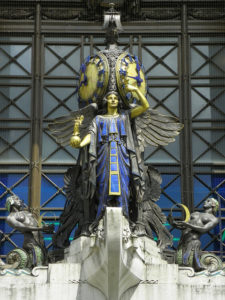 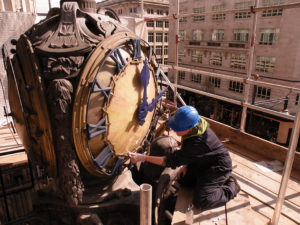 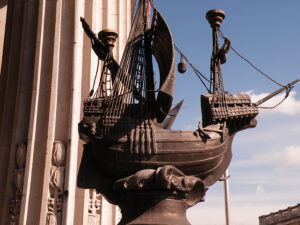